This is an old favorite of mine. It´s a beautiful old racing Harley with a JAP engine, and you can see it in the Norwegian Museum of Science, Technology and Medicine, in Oslo, Norway. I´ve published it before, on my old blog, but I know I have some new readers, so here it is again:

There is an explanatory text to it:

"Harley-Davidson racing motorcycle. Bjarne Wist from Trondheim was active in the early Norwegian motorsport environment. He was riding the Harley-Davidson motorcycle from 1928 to 1932. In 1929 he won a superb victory with it on Bjerkebanen despite a serious accident. The cylinder of the engine burst, and he finally had to push the bike over the finishing line. Then there was installed a 50 hp JAP engine that is still in the bike." 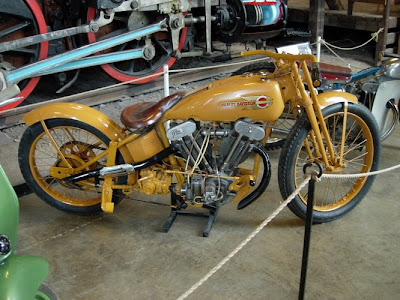 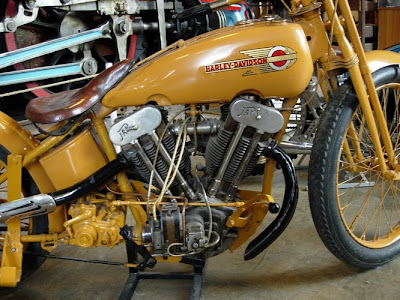 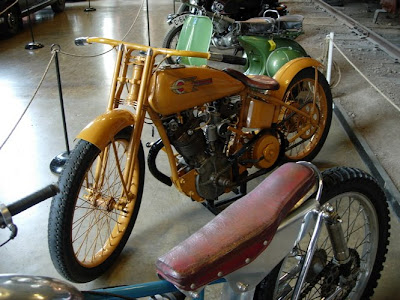 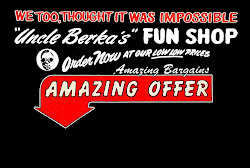